I have a confession to make: I used to hate writing. I viewed it in the same realm of academic torture as math and foreign languages until around my junior year of college. I remember it was a snowy day in Memphis, Tennessee, which doesn’t happen very often, and I suddenly had the desire to start blogging because frankly, I was snowed in with nothing else to do. To this day I really have no real idea why. Maybe I wanted to try something new, or maybe it was God unlocking a floodgate of a new potential that I never anticipated. I sat down at my computer and quickly got a free blog account and set out to writing. I really had no idea where I was going. I did one of those typical and archaic “this is my first blog and I really hope you read it” first posts that you see on every 15 year old’s blog on the internet. But after I posted it and sent out some links to it, I knew I had started something. I just didn’t know what.
Looking back, my first blog posts were a poor-man’s attempt to be funny like Cracked or any other dime-a-dozen comedy site on the web. I posted a couple of movie reviews, little funny things about Star Wars, pop culture, and some sarcastic dating tips. It felt shallow though, superficial. It didn’t feel like me. I started getting more serious, more philosophical, more real you could say. Writing became a therapy for me at times, helping me sort through thoughts and emotions, breathing concrete words into existence out of the wordless, formless aura from the inner workings of me. But I do still like to be funny sometimes with my writing, because overly serious people drive me nuts.

I’ve never felt like I am good writer. This is partially because I have two unfinished books on my laptop. A part of me thinks being a good writer means selling a lot of books and doing a lot of readings at trendy book stores, but then Stephanie Meyer proves me wrong, because let’s be honest, Twilight isn’t exactly The Great Gatsby, the Lord of the Rings, or even those Alex Cross books James Patterson pumps out five times a year (I say Steven James books are better). Selling a lot of books doesn’t mean you’re a good writer, it often means you pander to the right demographic. The other part of me thinks if I touch people’s lives with writing, cause them to question, ponder, and force themselves into action because their mind cannot simply sit on what they have just experienced, then this writing thing is worth it. The trick is to get them acting for the right causes. Any nut job can read a book by another nut job and double his nuttiness with nutty ideas that end up roasting someone’s nuts causing you or someone else to end up in the nuthouse. I don’t think the really good writers write books to get famous. In today’s world you can become famous on Twitter making fart jokes all day or making a video on Youtube. With the internet, anyone can become a writer, and any one of them can become famous for any stupid reason. You have people like Snooki who are famous for being completely foolish and fame hungry and her New York Times Best Selling book was probably written in crayon, or not even by her at all. But then you have Herman Melville who died in obscurity and was almost forgotten, but now Moby Dick is one of the greatest novels ever written. Maybe you have to be dead first before you really get famous.
Honestly, I think good writers write because they feel like they have something to say. I don’t think many of them sit down at the typewriter or computer with the gung-ho attitude of “I’m going to change the world of literature and culture today”. I think most just like to tell stories. Do some of these stories need to be told? Some no, because they’re pointless and nothing but an attempt to shock people. But that’s only my opinion. I’m sure there are plenty of people out there that think my writing is stupid, and they’re fine to think that. This is America (or if for some reason my writing explodes worldwide – Planet Earth), a person is allowed to have their own opinion. I’m not foolish enough to put myself anywhere near the category of those super talented professional writers, I’m just commenting on what I feel the process is for many.

I remember when one of my friends told me he thought my writing was good. Lucas is a good guy. Kind of longwinded in his thoughts, but good nevertheless. He’s the most intricately minded person I’ve ever met. He focuses on details. I’d never let him critque or proofread my work because he’d tear it apart, and I hate having my stuff torn apart. I’d rather know more about glaring errors than minor hiccups. He knows a lot of stuff. He’s a smart guy. I tend to think he’s smarter than me. It’s hard for me to get a word in with him though sometimes. He’s the kind of guy you could talk for hours about anything with. He said he’d read one of my blogs.
“Dude, you’re a good writer.”
I was taken aback. “Are you serious?”
He took at sip of his coffee.
“Yeah man, I really do. I think you are a good writer. You’re interesting, you have good style, it’s pretty smart. You really dive and get to the meat of what you’re talking about. It’s very personal. I like your writing man.”
“You really like it.”
“Jarrod, I like your writing. And coming from me that’s saying a lot. Mostly because I hate everything. So don’t ruin it.”
Ah friendship.

I tend to doubt myself. Mostly because I think too much about everything. Sometimes I amaze myself in retrospect when I look at some of the dumb decisions I’ve made in my life. Usually I look at things from every possible angle, and more often than not I make a reasonable decision. I guess that’s why I take my screwups so personally. I sit and wonder how I’ve been able to screw things up as many times as I have. It’s pretty ridiculous when I think about it.
I go through phases in my interests. Music wise I may go 3 weeks listening to nothing but one band or style of music, or I may only watch dramatic action movies, or read certain kinds of books. Sometimes these phases are a lot more random. There have been times in my life when I really wanted one of those tiny houses, the ones that are only like 200 square feet. I found the idea of planting it somewhere in the mountains and living minimally within my means so romantic and yet manly at the same time. It would force me to get rid of all my crap that I don’t need and make me focus on what’s important. And grow a beard. That would be all kinds of cool. I think that’s the problem with a lot of people in the world, caring too much about stuff. Stuff is nothing but distractions pretending to be life-fulfilling tools to happiness. It amazes me how much value we put on stuff honestly. There was a time in my life when I wanted nothing but an Xbox. I thought about it all the time, imagining how awesome it would be to play online with my friends, shooting them in the face then dropping a virtual space-marine fart on my buddies’ stupid faces. Then one day I realized there was really no point to it. I could do better things with my time. Regrettably those “better things” often turn into less destructive but still useless things. As we mature we slowly progress to more and more useful things, and those who do so too late find themselves sitting at home retired and regretting they never really got out there and tried to grab life and make the best of it.
Writing feels like work only when you feel like you don’t know what to say. There have been times where I’ve sat down at the computer and 3 hours would go by without me ever taking a blink. I think that’s the juice, the kick of creativity and adrenaline that makes me sit down at my computer time and time again. We all want those experiences where the words just flow like a mountain stream, bouncing and tumbling over one another in a elegant, wild and beautiful dance. There are very few times that I’ve really felt I’m a good writer, much like there have been few times where I’ve really felt like a good football player, artist, public speaker, kisser, or beatboxer. I’m sure I’m perfectly adequate or even good at some of those things, but I have a hard time having that confidence. I guess I’m just like everyone else and I love feeling validated.

This blog is over two years old, which honestly amazes me. I’ve never had a relationship or a job last two years (yet), but I’ve stuck with it, and this is because of you few people who read it and tell me you like it. So thank you. Here’s to two more years. Keep reading and telling me you tolerate my ramblings. It means a lot.

Completely random thought:
Where would girls put their hands while taking a picture if they didn’t have any hips? And why the somewhat arched back and slight leg raise? Is this a requirement of female existence? Seriously I need answers. 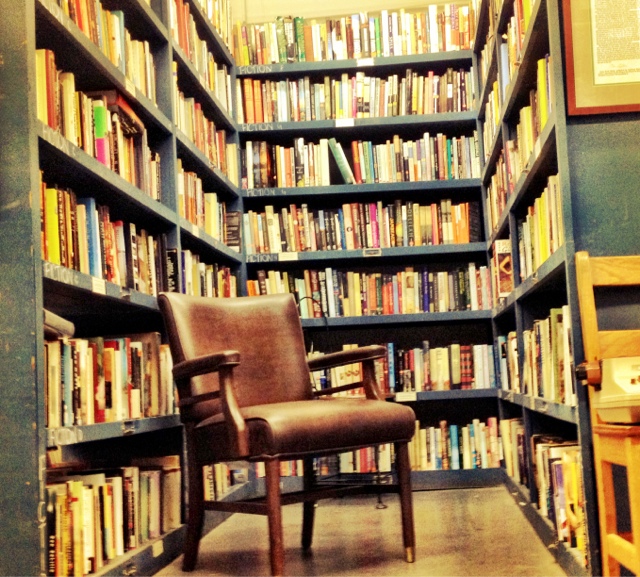